Ask the lawyer about the Balco source 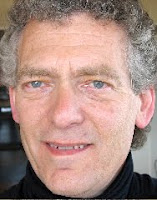 In an open letter to the judges hearing the Balco appeal, Peter Scheer (pictured) of the California First Amendment Coalition has a suggestion: If they want to know who gave Chronicle reporters Mark Fainaru-Wada and Lance Williams a federal grand jury transcript, they should ask the newspaper’s lawyer. Of course the appeals court won’t do that, Scheer points out, because it honors the concept of lawyer-client privilege. So why shouldn’t that concept apply to the relationship between a reporter and a source?

Another point Scheer makes is that the U.S. Supreme Court has yet to give a hearing to the argument that a federal “common law” privilege exists for journalists and their sources. “A ruling by this court in favor of the reporters and the Chronicle would set the stage for an historic Supreme Court decision,” Scheer writes. “At last, a case on which the Ninth Circuit Court of Appeals and the Supreme Court should, I hope, be able to agree.”