The San Francisco Press Club’s 2017 Greater Bay Area Journalism Awards dinner will be held on Thursday, November 16 at the Hilton San Francisco Airport Hotel in Burlingame. Our judges from other states are hard at work judging our Bay Area contest!
CLICK HERE for tickets and to select your dinner choice. Tickets are $75 per person. 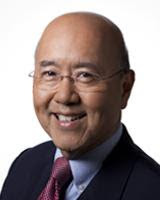 We’re very excited to announce that this year’s keynote speaker and Lifetime Achievement Award recipient will be Emmy award-winning television journalist David Louie of ABC-7 News. Currently reporting on business and technology for the San Jose/Silicon Valley Bureau, David continues to inform and educate Bay Area audiences on a daily basis as he has done throughout his impressive and wide-ranging 45-year career. We look forward to his reflections and celebrating his achievements and public service. 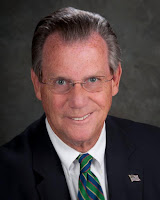 Bay Area radio legend Peter Cleaveland also will be honored with a San Francisco Press Club Service Award for his many years of dedication to the club. During his illustrious career, Peter worked for KGO-TV, KGO Radio, ABC Radio News and AFTRA. Peter’s major news stories include the kidnapping and capture of Patricia Hearst, the freeing of U.S. hostages in Iran, Falklands War reporting in Argentina, floods, famines and fires. He has won numerous awards for outstanding investigative reporting, and he was inducted into the Bay Area Radio Hall of Fame in September.
Please mark your calendars to join us for this special evening! More details will follow.
Questions? Please call or email Executive Director Terry Williams at 619-743-3669 or sfpc@cox.net.
We look forward to seeing you at the awards ceremony!